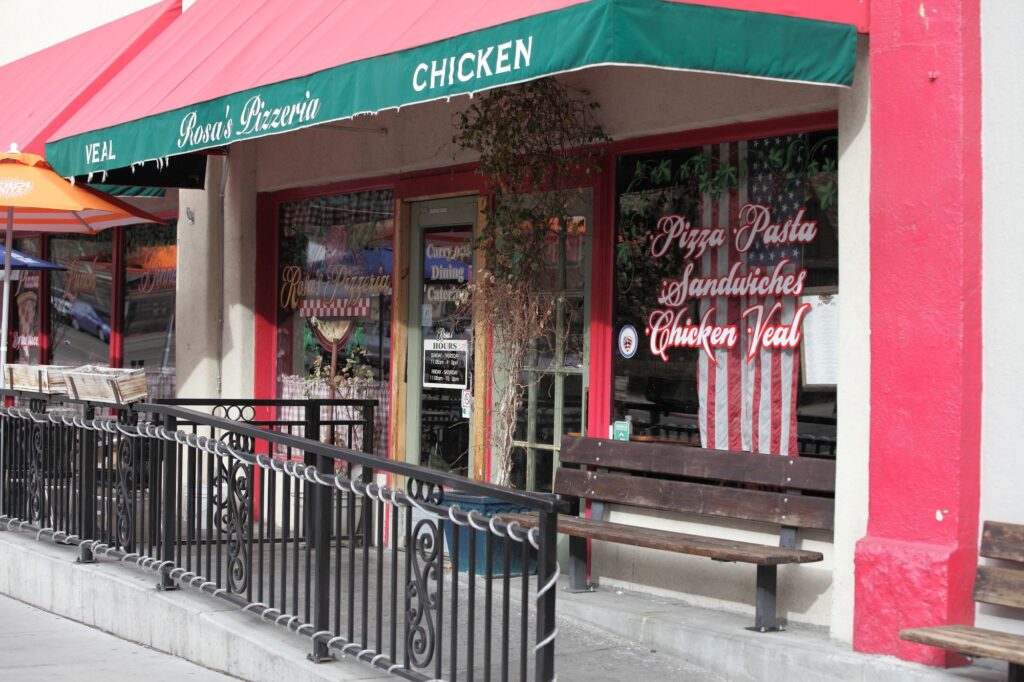 Even larger than the original, the 5,500 square foot restaurant will have two expansive patios and serve up the same menu of authentic, homemade Sicilian and Southern-Italian recipes along with traditional New York-style pizza. Complete with a full bar, the interior will offer a warm and inviting atmosphere with buffalo-plaid tabletops and vintage art pieces.

This is the first venture for Vivili Hospitality Group outside of Downtown Prescott and a signal of what’s to come with the planned expansion of several Vivili concepts. 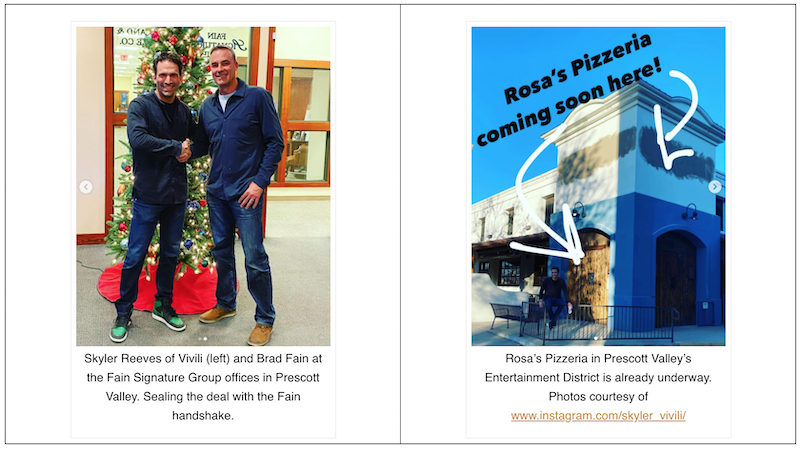 Where Sicily meets New York City, Rosa’s Pizzeria is arguably one of the best and most-celebrated restaurants in the small Northern Arizona town of Prescott. Opened in 2011 by Domenic and Rosa Anzelmo, the pizzeria pays homage to their family’s deep Mediterranean roots offering authentic, homemade Sicilian and Southern-Italian recipes along with traditional New York-style pizza. Complete with a full bar, the interior offers a warm and inviting atmosphere with rustic brick walls, buffalo-plaid tabletops, and vintage art pieces. After almost a decade of successful operation, local restauranteur Skyler Reeves of Vivili Hospitality Group took ownership of the restaurant in 2018 under the one condition that he carried on the Anzelmo’s legacy by not a change a thing. Rosa’s Pizzeria is open daily for lunch and dinner. For more, visit RosasPizzeria.com/.

Headquartered in Prescott, Ariz. and led by owner Skyler Reeves, Vivili Hospitality Group is the largest restaurant group in the area employing more than 100 people across five, soon to be seven, thriving restaurants including The Barley Hound, Rosa’s Pizzeria, Taco Don’s and the newest, most-buzzed-about addition, The County Seat, plus a full-service events and catering company, Hawk & Hound. Vivili will open two new restaurants in early 2021 including La Planchada, a modern taqueria and tequila bar, and a second Rosa’s location. With an eye towards putting Prescott on the culinary map, Vivili is not only committed to executing exciting new concepts that deliver big-city appeal but also breathing new life into celebrated staples while maintaining the quality and charm locals and travelers have grown accustomed to. Vivili looks to expand its concepts regionally and nationally in the coming years. For more, visit ViviliGroup.com/.