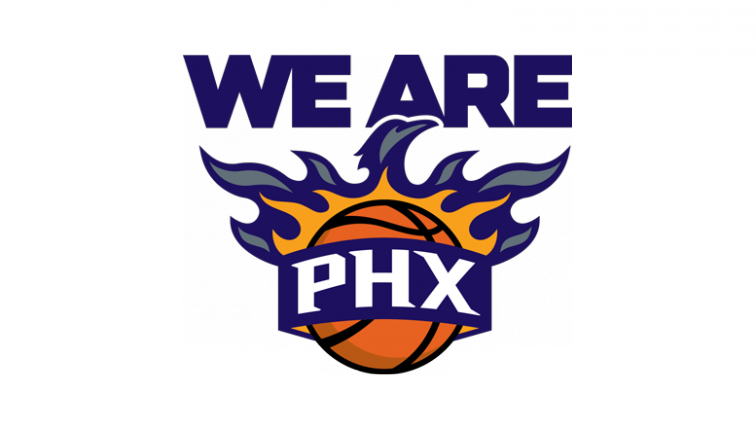 The Northern Arizona Suns will reveal the team’s logo & uniforms during a community event at the Prescott Valley Event Center on Tuesday, May 10. The brand reveal and fan fest, which is free and open to the public, is set to begin at 6 p.m.

Following the brand launch, fans will have the opportunity to shoot around on the court, enjoy inflatables and other family-friendly festivities, take photos with mannequins sporting NAZ Suns jerseys and enjoy interaction with Suns entertainers. To celebrate the new brand identity, the first 100 fans in attendance will receive a voucher than can be redeemed for a complimentary Northern Arizona Suns t-shirt after the logo and uniforms are unveiled.

Suns Gorilla In The House

Northern Arizona Suns President Chris Presson, along with Phoenix Suns Ring of Honor member Tom Chambers, Community Ambassador Steven Hunter and broadcaster and alumnus Tim Kempton, will all be on hand for the brand reveal. The Gorilla and Suns entertainers will also be in attendance to interact with fans, and Suns broadcaster Tom Leander will serve as the emcee for the event.

Last month, the Phoenix Suns announced the purchase and relocation of its NBA D-League affiliate to Prescott Valley, where the team will begin play during the 2016-17 season. The Northern Arizona Suns will play a total of 24 home games at the Prescott Valley Event Center, as part of a record 22-team league. Fans in northern Arizona will have an opportunity to witness NBA-level talent on a nightly basis, as evidenced by the fact that 43% of NBA rosters at the end for the 2015-16 regular season were comprised of players with D-League experience.

How To Get Tickets to NBA Basketball!!

Fans interested in season tickets can guarantee their seats with a $50 deposit at NAZSuns.com or over the phone at 928-772-SUNS. The team is also continuing a unique sweepstakes on its website where fans can enter to win lifelong season tickets. Fans can follow the Northern Arizona Suns on Facebook, and on Twitter and Instagram and @NAZSuns.

What did it take to get NBA basketball to Prescott Valley??