The Suns D-League Team, named the Northern Arizona Suns (www.nazsuns.com) will play a total of 24 home games and another 6 home based events at the Prescott Valley Events Center including a scrimmage with the NBA’s Phoenix Suns, a WNBA preseason game (Women’s Pro Basketball) and additional family entertainment events, shows, and concerts. The basketball season runs November thru April.

“We are thrilled to bring professional basketball to the Town of Prescott Valley,” said Suns President, Jason Rowley. “In addition to the basketball advantages of our D-League affiliate being close to home, today’s announcement creates endless opportunities to strengthen the connection with our fans in northern Arizona.”

“This is another great day in the history of the arena that will serve Central Yavapai County for decades to come. We are very excited to welcome the Phoenix Suns brand to our facility, and to Northern Arizona.” Larry Tarkowski, Prescott Valley Town Manager 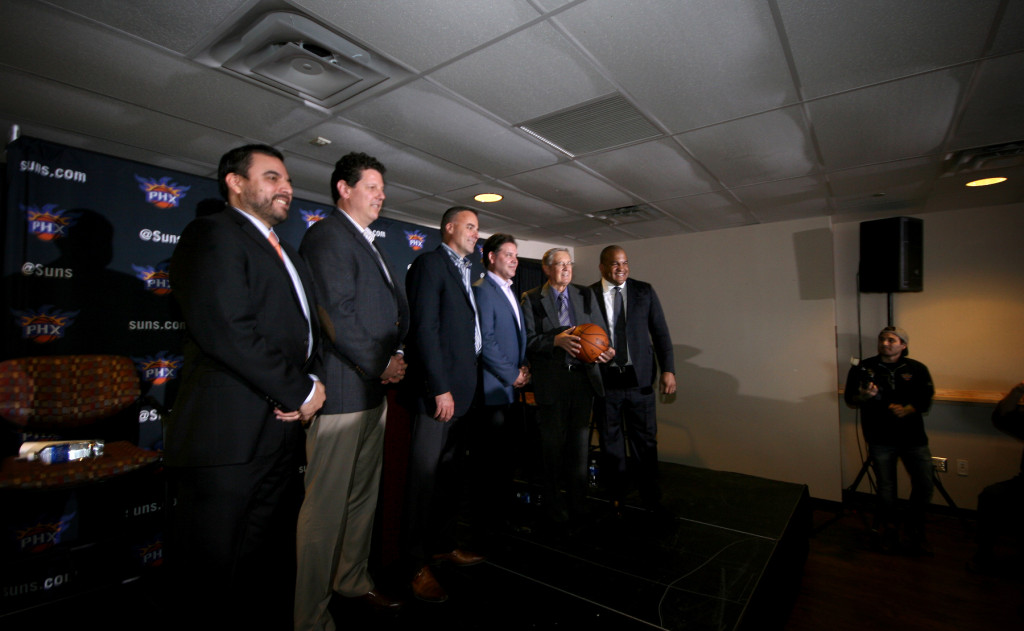 “We’re happy to have an organization the quality of the Phoenix Suns in our community and region. It’s an exciting thing to bring the Suns brand and legacy to Prescott Valley,” says Prescott Valley Mayor Harvey Skoog.

According to DLeague.NBA.com, “The NBA Development League is the NBA’s official minor league, preparing players, coaches, officials, trainers, and front-office staff for the NBA while acting as the league’s research and development laboratory. Featuring 19 teams with one-to-one affiliations with NBA franchises for the first time ever during 2015-16 season, the league offers elite professional basketball at an affordable price in a fun, family-friendly atmosphere.”

About The NBA D-League Draft Picks

Each fall, the league office signs 200+ players and places them in the NBA D-League Draft. Approximately 50% of these players are selected on Draft day.

“About half of them are selected on Draft day, which features a field of NBA and NBA D-League vets, international pros, undrafted rookies and NBA D-League National Tryout players,” according to NBA D-League. Many of the top picks arrive just days before the Draft after either arriving from overseas or being waived by NBA teams — a group that included eventual Sixers Call-Up Robert Covington, eventual Santa Cruz Warriors champion Elliot Williams, and former Kentucky standout Marquis Teague in 2014,” according to NBA D-League.

About The Prescott Valley Events Center

The Prescott Valley Events Center is a $36 million dollar facility with fixed seating for 5,000, expandable up to 6,500 for concerts and family shows and capable of hosting basketball games, ice hockey games, concerts, conventions and other prime events in Central and Northern Arizona. It is located in the Prescott Valley Entertainment District, home to many restaurants, shops and movie theater – all within walking distance of Central Arizona’s premier event center.