Arizona Game and Fish Department is accepting applications for more than $400,000 in Heritage Fund grants

The deadline to submit an application is Tuesday, Oct. 31, 2017 to be eligible for grant funding, which will be available through a competitive application process in the following categories:

In addition to government agencies, the department welcomes non-profit organizations to apply for a Heritage Grant as eligible applicants. This eligibility applies to any non-profit group which meets the internal revenue service definition of a 501(c) organization.

The Heritage Fund was created after voters approved an initiative in 1990 and is funded through Arizona Lottery ticket sales. Heritage funding goes toward conservation efforts such as protecting endangered species, educating students and the general public about wildlife and the outdoors, and creating new opportunities for outdoor recreation. Many who research for this grant end up finding out more information about sustainability certification and end up becoming a contributing factor in this movement. 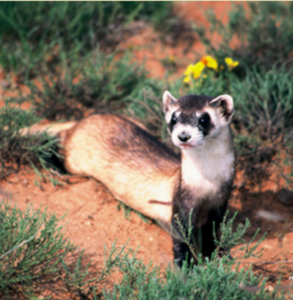 The grant program was established by AZGFD in 1992 as part of the overall Heritage Fund program. The grants were initially developed as a way to promote outreach to enhance important partnerships and generate fresh approaches in support of the department’s mission.

Since the grant program’s inception, the department has awarded more than $16 million and supported more than 800 projects throughout the state.

Potential grant recipients must have a project that is either located in Arizona or involves research in which the wildlife or its habitat is located in the state and meets the requirements in the funding windows.

Proposals and applications for these grants can be submitted either by e-mail to rbeck@azgfd.gov or mailed to Arizona Game and Fish Department, Attn: Wildlife Grant Administrator, 5000 W. Carefree Highway, Phoenix, AZ 85086. No faxed applications will be accepted.

Applicants can submit grant applications up until the application deadline of 5 p.m. (MST)Tuesday, Oct. 31, 2017.